21 crews in the ERC that will finish at the RallyRACC 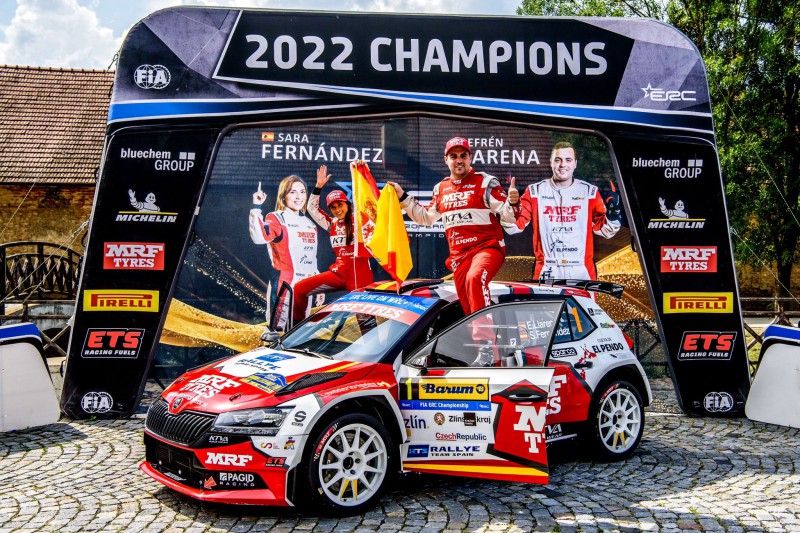 The FIA has published the official entry list for the European Rally Championship (ERC) for the 57th RallyRACC Catalunya-COSTA DAURADA, Rally de España 2022, which will be the last event to count towards the continental championship of the speciality.

The list consists of 21 units headed by the team recently proclaimed European Champion, the Spaniards Efren Llarena-Sara Fernandez (Škoda Fabia Rally2 Evo, no. 101) and the current third-placed crew, also Spanish, Javier Pardo-Adrian Perez (Škoda Fabia Rally2 Evo, no. 104), a duo that if they get a good result in the Tarragona-based event could access a very creditable final overall second place.

In the ERC4 category, the three crews aiming for the title are the Spanish Óscar Palomo-Ángel L. Vela (Peugeot 208 Rally4, no. 112), the Italians Andrea Mabellini-Virginia Lenzi (Renault Clio Rally4, no. 111) and the French Laurent Pellier-Marine Pelamourgues (Opel Corsa Rally4, no. 110), the latter leader in the Junior section of the same category.

As for ERC Open, a nice rivalry is expected between two team-mates, both official Suzuki Motor Ibérica crews: Joan Vinyes-Jordi Mercader (no. 107) and Alberto Monarri-Borja Odriozola (no. 108), who occupy the first two places.

To these 21 ERC crews must be added the 73 WRC crews, whose list was announced a few days ago, and those soon to be announced from the Peugeot Rally Cup Ibérica, Toyota Gazoo Racing Iberian Cup, Suzuki Swift Cup and Volant RACC-Trofeu Mavisa single-make championships.

The 57th RallyRACC Catalunya-COSTA DAURADA, Rally de España 2022, will be held between 20 and 23 October with start and finish in Salou and a sporting and organisational base in the PortAventura World theme park.