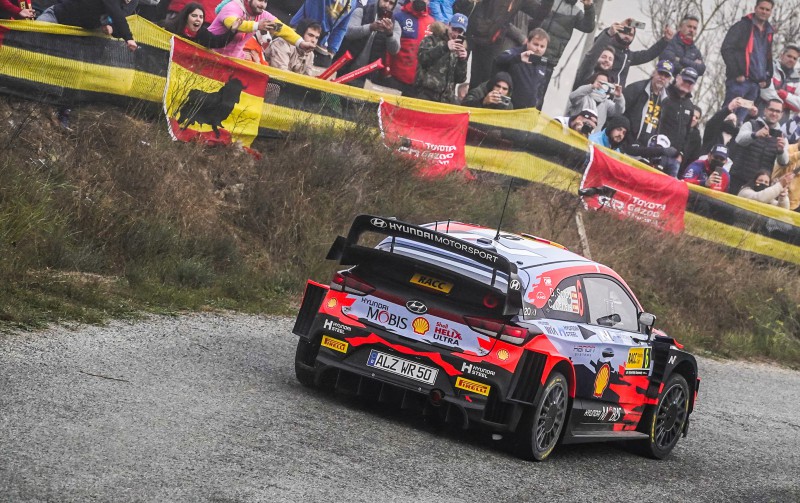 Ahead of them, Thierry Neuville-Martijn Wydaeghe started the day with a very consistent performance at the wheel of their Hyundai i20 Coupe WRC, strengthening the provisional lead they have since stage 5, during the first day.

Elfyn Evans-Scott Martin (Toyota Yaris WRC) keep their second place just before the second and last loop that will take place after the Service at PortAventura World (9:14), starting at  10:29 for Santa Marina and 12:18 for Riudecanyes. This stage will be the last of the rally and it will also serve as Power Stage, awarding extra points for the top 5 drivers.

The Spanish duo Nil Solans-Marc Martí keep delivering a consistent performance, although they lost some time trying to get to the sixth place, and they are now eighth.