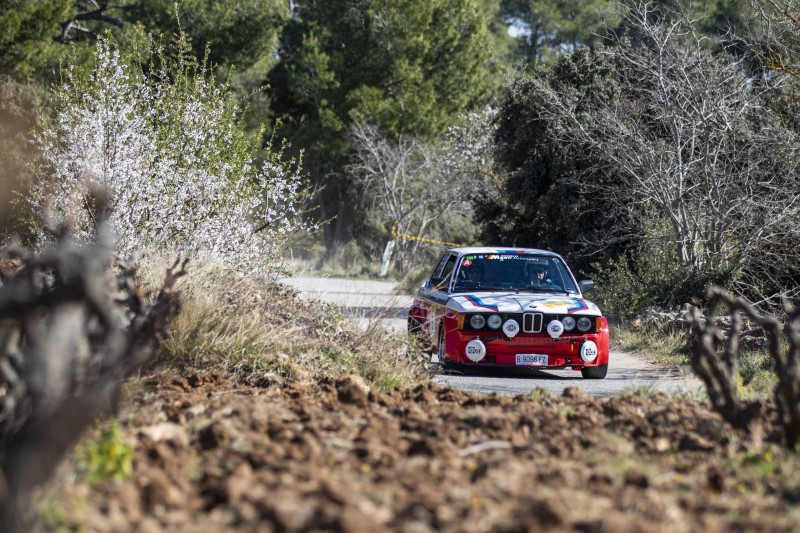 The fourth edition of the Rally Catalunya Històric-Rally de les Caves, a two-day regularity race for classic vehicles on closed roads, will be staged on 28 and 29 February 2020 in a location that will be recalling once again the regions and stages which were used to race the Rally de Les Caves. This event was integrated into the Rally Catalunya in 1973 and kept the name until 1983, and evolved to become the current RallyRACC, scoring round towards the World Championship.

The start of the 4th Rally Catalunya Històric-Rally de les Caves will be given on Friday 28 February 2020, from Avenida de la Catedral in Barcelona. The finish, on Saturday 29 February, late in the afternoon, will be located at the Hotel Hilton Diagonal Mar Barcelona, which will also be the venue of the closing dinner and the prize-giving.  Many of the stages to be covered during both race days are also stages that have been used for the World Rally Championship, all of them on closed roads, and some of them (those located in the area of Tarragona) will even be raced at night. The route will cover a total of 600 km, 250 of which will be raced on the first day, and 350 on the second.

Novelties in the participation modalities
This 4th edition of the Rally Catalunya Històric-Rally de les Caves will include several novelties as regards the type of entry, as every crew will have the chance to choose from the three modalities proposed by the organisation:

Basic, a new modality that includes en-route buffet and closing dinner, involving a major reduction of the entry fee, i.e. € 1,000 per crew.

One-day, another new possibility for all crews wishing to take part in only one of the two rally days, i.e. on Saturday 29, enjoying the race with a dream atmosphere and stages for a price of € 500 per crew.

There are also different discounts planned for RACC Members, Loyalty and MGM discounts for a driver entering another driver for the first time.

For crews choosing to participate in the complete rally, the event will have a duration of two days, with day and night driving, regularity on closed roads, linear itinerary and two categories to choose from: Regularity Sport (top speed 55 km/h) with high and low average and Regularity Super Sport (top speed 70 km/h). Entries are open for vehicles built between 1947 and 1995, grouped in 6 classes. Cars manufactured between 1985 and 1995 of class K will be eligible at the sole discretion of the organiser and will only score for their class.

Rally Catalunya Històric, recalling the emblematic RACC races
The Rally Catalunya Històric was born in 2017, with the will to become an emblematic event with its own personality. Each edition, pays tribute to one of the competitions organised by the RACC along the years, which have marked the history of rallies in our country. The two first editions (2017 and 2018) recalled the "Rally de les Dues Catalunyes", organised by the RACC from 1960 to 1965, while the race recalled in 2019 and 2020 is the above-mentioned "Rally de les Caves".

Information on the event on the official website: www.rallycatalunyahistoric.com